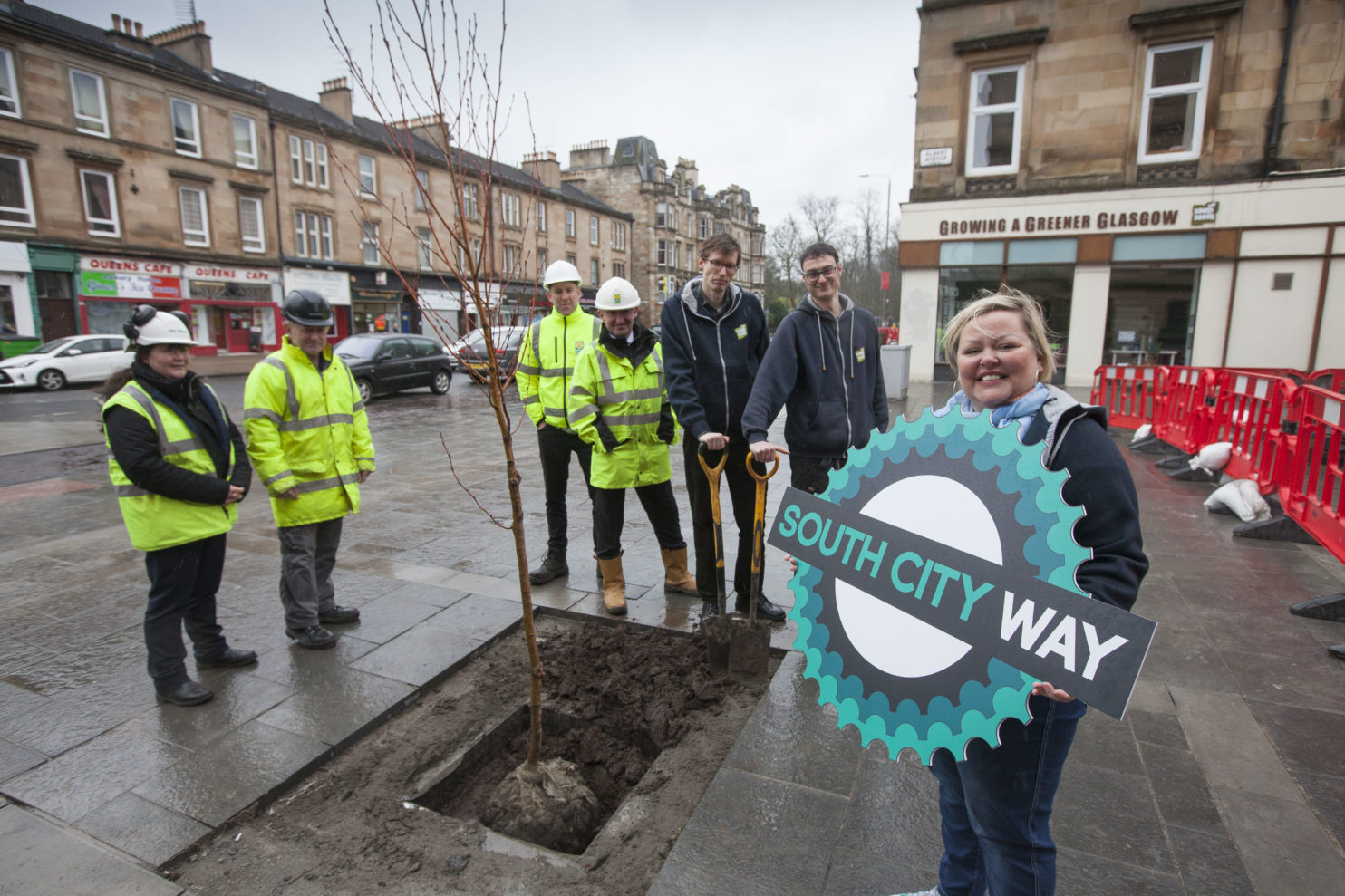 Glasgow based environmental charity, South Seeds, has welcomed the planting of the first trees along the South City Way (SCW), Glasgow City Council’s winning bid to the 2016 Community Links PLUS (CLPLUS) competition run by Sustrans Scotland.

Once complete, the SCW, which is match-funded by the Scottish Government, will deliver a 3km segregated cycle and pedestrian route from Queen’s Park in Glasgow’s Southside to Stockwell Street in the heart of the Merchant City.

Additionally, the SCW project will help transform the environment along the route through delivering community space and green areas which will strengthen the local economy and increase the quality of the public realm. The tree planting on Albert Avenue and Albert Road in the city’s Southside marks the first step towards to implementing this measure.

Lucy Gillie, general manager at South Seeds, said: “There is real regeneration happening along Victoria Road and the South City Way is undoubtedly is very much part of this.

“Creating green space within the area will attract more people to this part of the city as well as enhance the space for current residents and the community.”

The transformed space on Albert Avenue and Albert Road will feature pedestrianised areas which on completion will host cycle racks, benches and shrub planters as well as the trees.