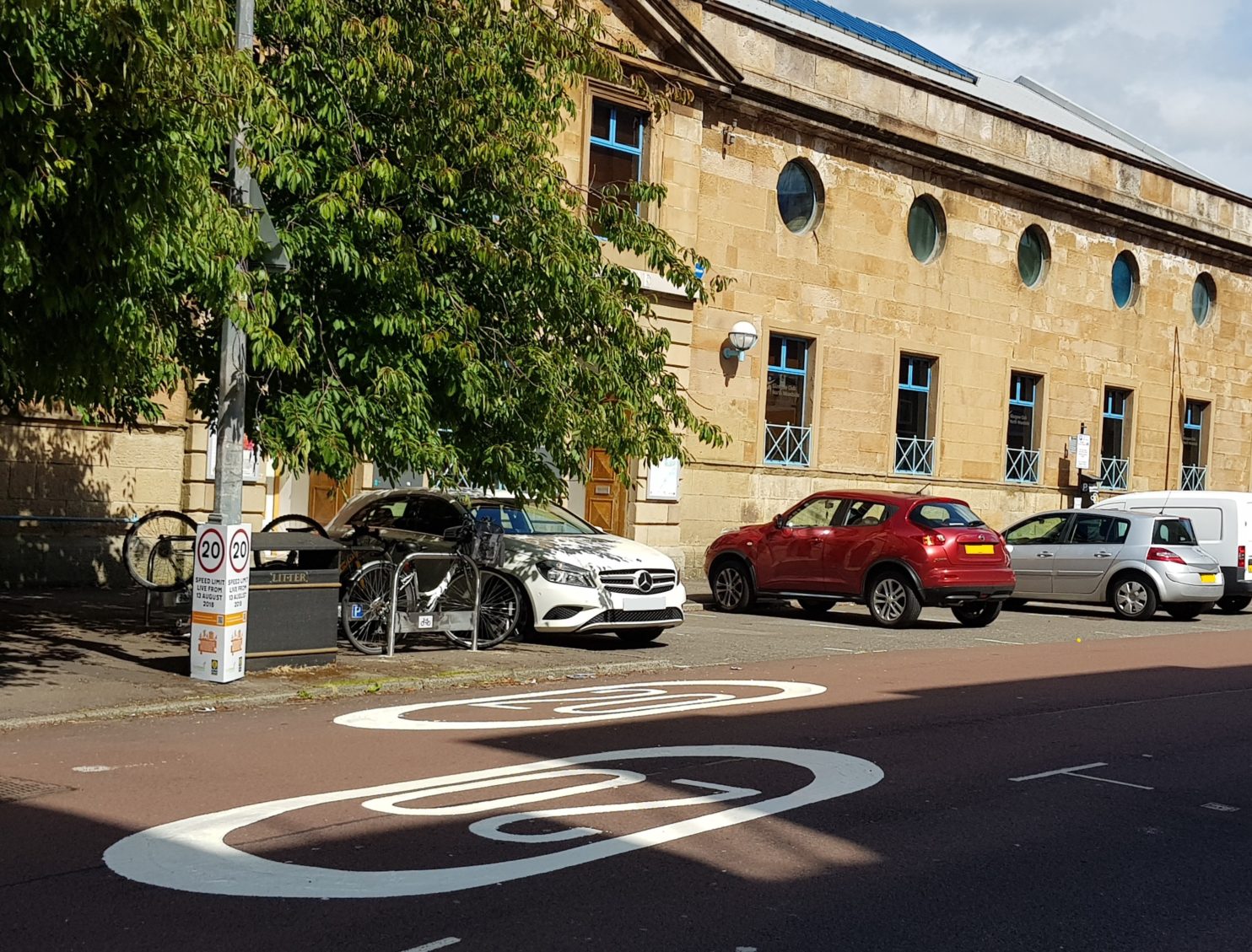 Lowering traffic speeds in towns and cities to 20mph can seem like quite a small change to make to an area, but the move can have a hugely positive effect on local communities and businesses as well as the environment.

Glasgow’s Woodside area has become the latest in Scotland to adopt a lower speed limit. The move, which extends the current 20mph limit in the majority of the city centre, follows on from the completion of Edinburgh’s city-wide reduction in speed earlier this year – which was funded by Scottish Government through our Community Links programme.

Sustrans’ vision is for active travel to become the default option in cities and communities throughout the UK. And there is a growing body of evidence around the world showing that reducing speed limits on roads can reduce the risk and impact of collisions, helps our towns and cities thrive and can make streets more appealing for walking and cycling.

When 20mph limits were introduced in London there was a significant reduction in the number of casualties in road accidents. Evidence from the Department for Transport, meanwhile shows that people on foot are more likely to be severely injured when cars are travelling above 20mph. The move doesn’t just benefit walkers however, and the same study found that drivers were less likely to be injured in collisions at lower speeds.

Safety issues aside, one of the more pleasing findings from Edinburgh’s roll out of 20mph limits was that the changes meant that more children were now playing outside, thanks to the decreased risks. People also report benefits such as less noisy streets – particularly at night – as well as better air quality.

As a winner of Sustrans’ 2017 Community Links PLUS design competition, Connecting Woodside aims to introduce safe, segregated cycle routes, walking opportunities and links to nearby neighbourhoods. However a key part of the project, which is being run in partnership with Glasgow City Council, is also focused on improvements the local area, making it an attractive place to live and visit.
Introducing 20mph limits in residential zones will be key to meeting these aims.

By doing so, the move will help to transform the neighbourhood into a safer, more attractive place for people to live, invest and visit helping to contribute to a healthier, more active Glasgow for everyone.

Find out more about how we can support 20mph schemes in your local area.

We use cookies to personalise content and ads, to provide social media features and to analyse our traffic. We also share information about your use of our site with our social media, advertising and analytics partners. Accept Cookies